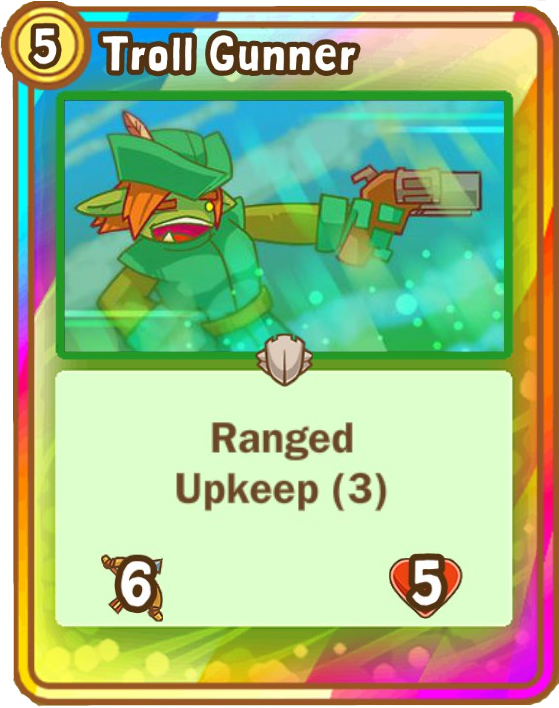 Troll Gunner is a common Pirates unit card that is summoned for 5 gold.

The Troll Gunner is the highest damaging ranged unit in-game. Due to this, there is a large draw back in Upkeep 3. It has direct synergy with Beastial Rage and Dwarven Scope, both of which allow the Gunner to attack the enemy castle from safe squares. It has indirect synergy with damage buffing cards, as it is beyond burn damage (5+ health) and can attack the enemy castle from square C5.

The Troll Gunner, like other trolls, demands a toll each turn for his services. Likes: Bridges, Gold, Long Walks on the Bridge.