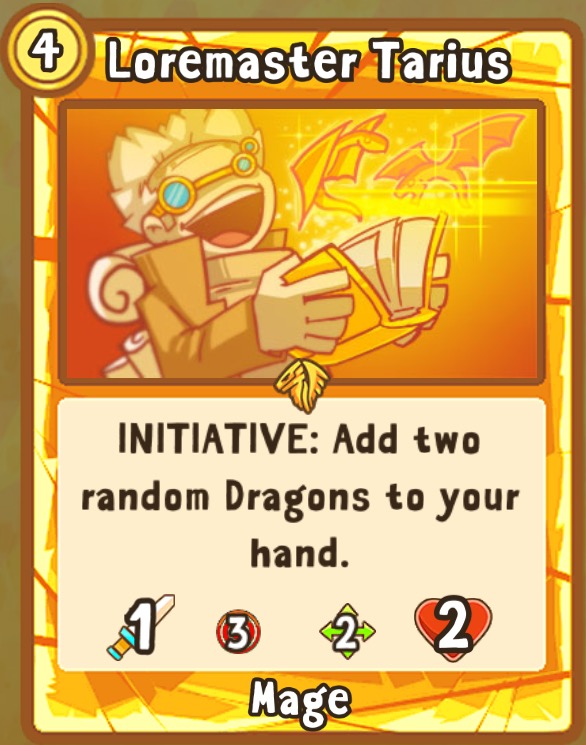 Card as shown in game

Loremaster Tarius is a Legendary Crusader mage unit that is summoned for 4 gold.

An elderly man with a pair (or triple) of glasses, wearing a brown sweater and a darker trench coat. He also has 3 visible scrolls on his back and is gazing in wonder at a pair of dragons hovering above his book.

The two dragons that you get from him can be any of the drakes or dragons, making him vary in power from game-to-game.

This Card is used mainly in dragon decks for an extra boost in power, as the extra 2 dragons are subject to buffs, such as from the card Dragon Temple. As well as this, a lucky player can get a 4th or out-of-faction Dramoth/Vileroth/Rakanoth. This is a huge shift in the game, as many Dragon decks depend on the presence of these late-game cards to dominate the late-game.